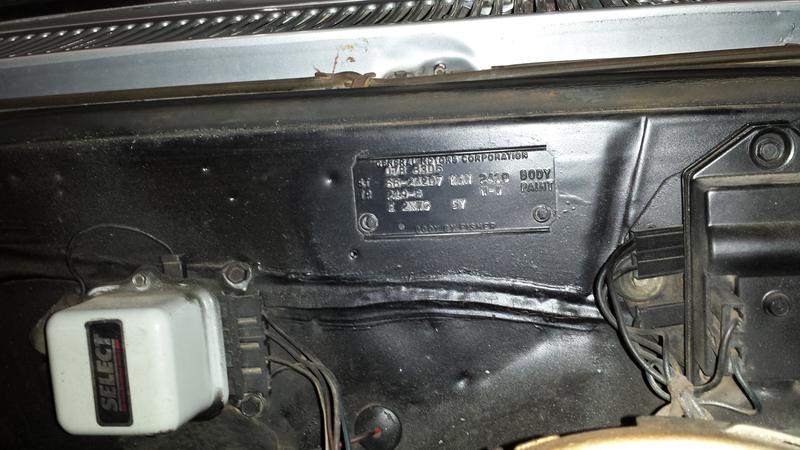 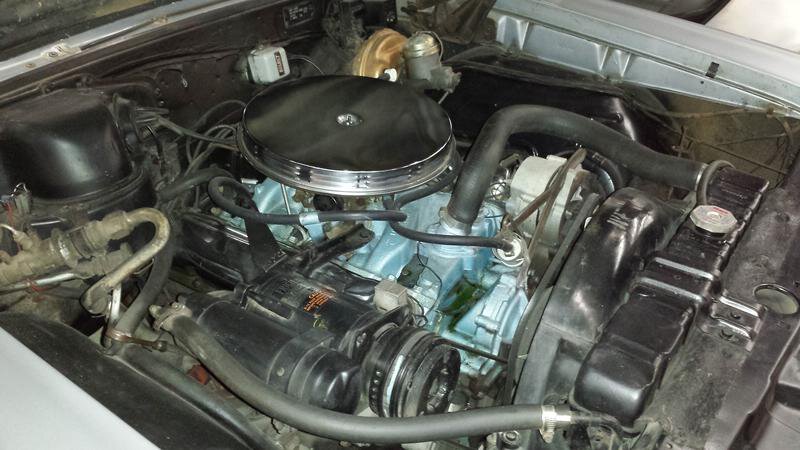 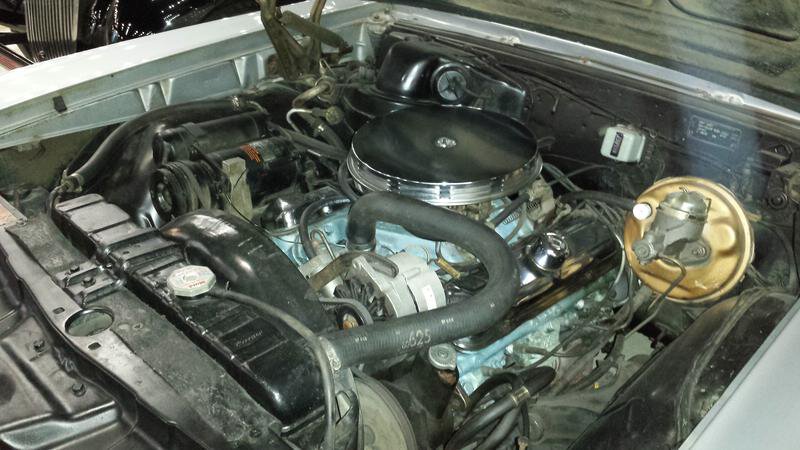 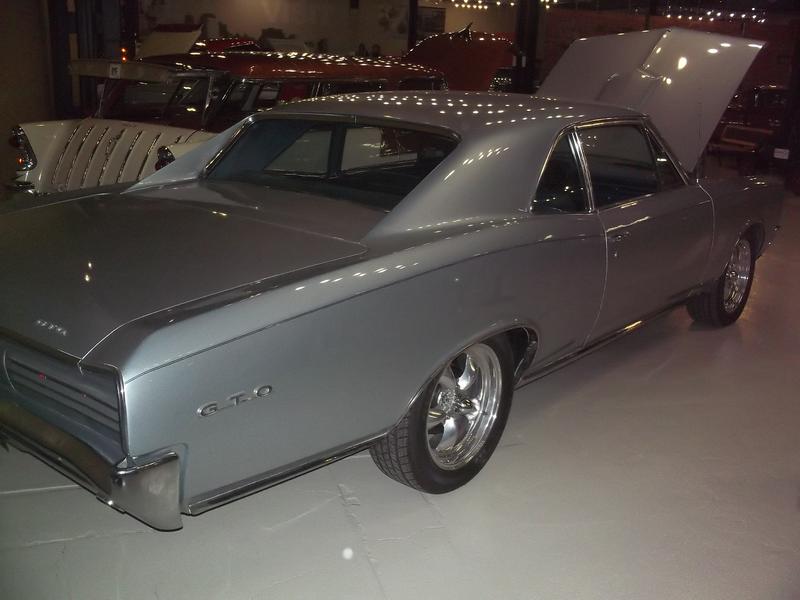 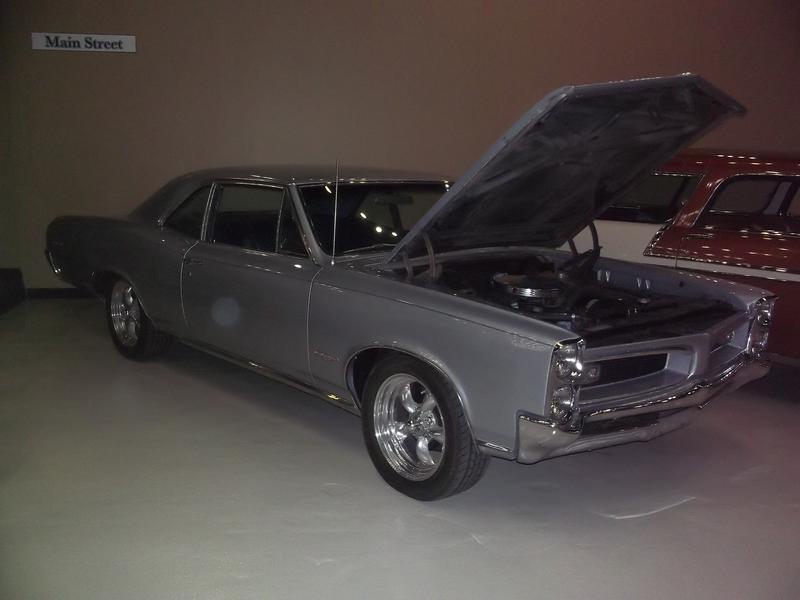 On loan from:  Kevin Ericson of Axtell, NE

In 1963, John DeLorean was the Chief Engineer at Pontiac. He and his staff of smart, cutting-edge engineers liked to spend Saturday mornings at the GM Proving Grounds in Milford, Michigan. It was there that they decided to swap a 389 cu. in. engine into a Pontiac Tempest and the “muscle car” was born.  The engine came from the Pontiac Catalina and Bonneville and replaced the standard 326 cid in the Tempest.

Since all Pontiac V-8s had the same engine-mount points, regardless of their displacement, it was an easy swap and not long thereafter DeLorean was driving the very first “GTO – Gran Turismo Omologato,” the world’s first LeMans coupe factory-equipped with the now-classic 389.

For the 1964 and 1965 model years the GTO was an optional package on the Pontiac Tempest LeMans.

In 1966, the GTO became its own model.  Recognizing the GTO’s growing popularity, Pontiac promoted it from a Tempest option to a full-fledged model for 1966. The GTO – “Goat” – rewarded Pontiac with sales of 96,946 units, the highest one-year total ever attained by a true muscle car.

Credit for its success was twofold. Other GM divisions had copied the GTO with hotter versions of their intermediates, but like Ford’s new Fairlane GT, none captured the Goat’s all-around appeal. Mopar had the performance, but no special muscle models. And while all GM midsize cars were restyled for ’66, none matched the beauty of the GTO’s new Coke-bottle contours.

Wheelbase was untouched in 1966 from the original Tempest option and overall length and curb weights changed negligibly. But styling highlights included a graceful new roofline and cool fluted tail lamps. The unique GTO grille had mesh-pattern inserts made of plastic — an industry first.

Car Life magazine tested the 1966 GTO and reported that it was light in the rear end and very skittish on everything but the driest roads, braking was poor, but the shifter was “sweet”, the motor willing, and quality was high.

Several generations of GTO’s followed the introduction. It remained a separate model until 1972 when it reverted to an optional package for the LeMans models. In 1974 it moved to an option on the Pontiac Ventura. Sales improved over the figures from 1973 but not enough to continue production of the model. The name was again used from 2004 – 2006. The last GTO came off the production line on June 14, 2006. 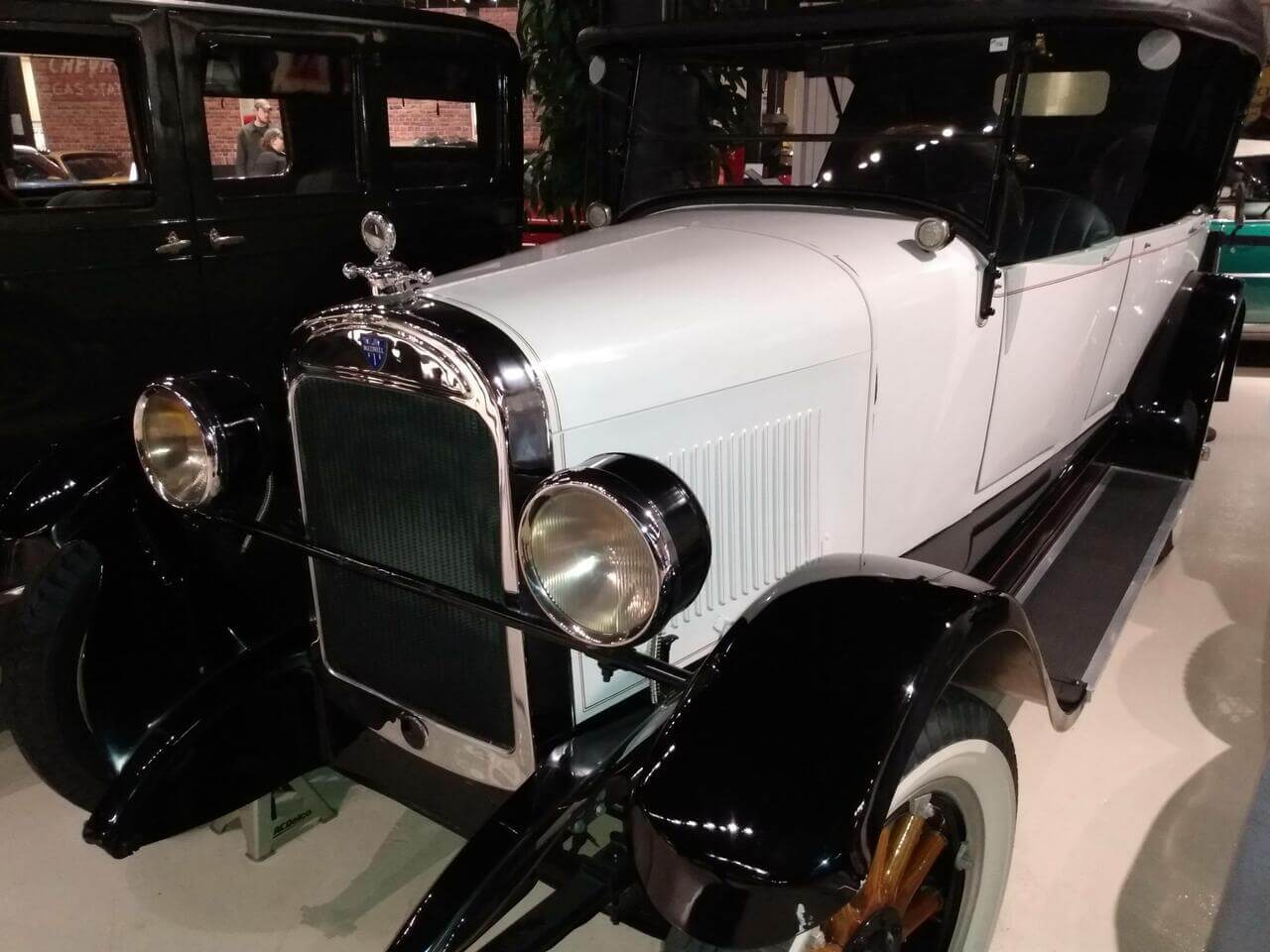 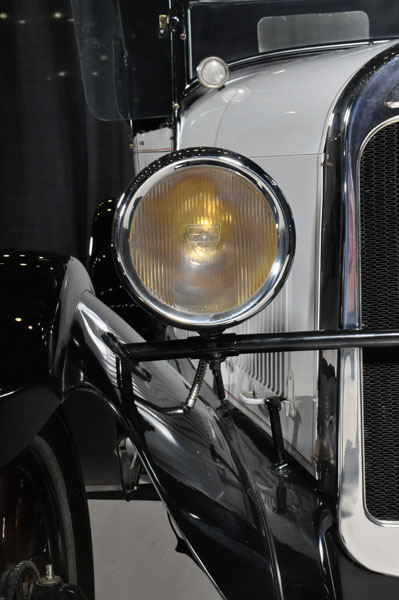 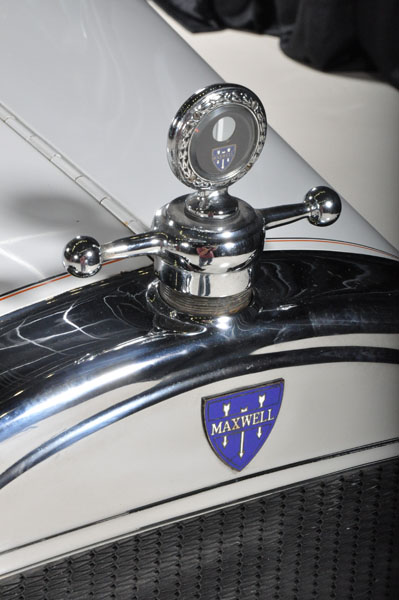 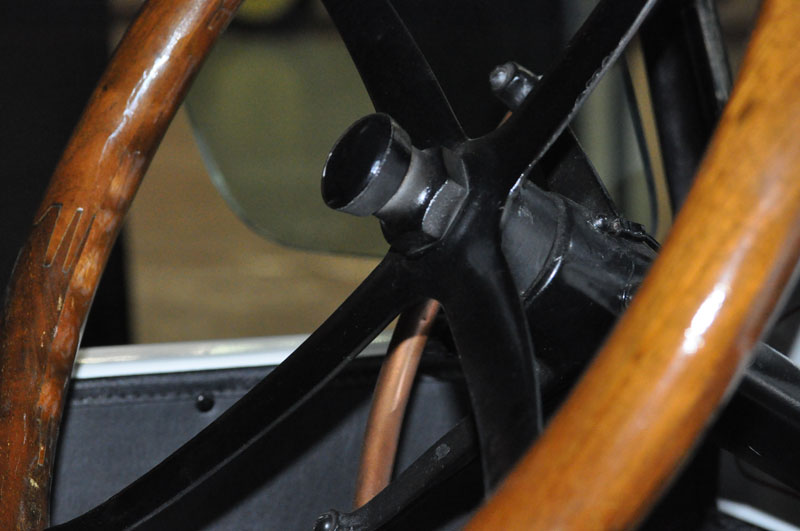 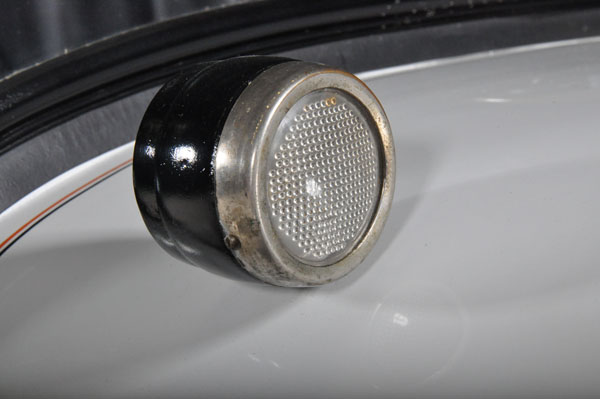 In 1903 Jonathan Dixon Maxwell and Benjamin Briscoe designed, built and tested a little car which ran so well that they decided to put it into production. Both men were pioneers in the automotive business.

Back in 1894, Maxwell had joined the Apperson brothers in helping Elwood Haynes build the first Haynes auto buggy which evolved into a famous car.

By 1904 Maxwell and Briscoe incorporated their firm and produced their first two models, two-cylinder cars, one with 8 hp and the other with 15 hp. Both engines had a bore and stroke of equal dimensions in order to limit piston speed – a progressive idea for those days and one that engineers only years later would realize influenced engine life and efficiency. The cylinders of the smaller engine were four inches by four and in the larger engine, five by five.

The Maxwell was the first popular, quantity produced car to use shaft drive instead of the usual chains.

For the next two years, it achieved success in racing and in 1914; Barney Oldfield drove a Maxwell to second place in a 301-mile non-stop race in Corona, CA.

One of Maxwell’s strongest selling points was its economy. One owner wrote: “Total operating expenses on my Maxwell touring car for a period of 8,000 miles, including gas, oil, repairs, an extra tire and an occasional wash have been but $73.84. This is less than a quarter of a cent per mile per passenger.”

Due to the recession which followed World War I, Maxwell became over extended and deeply in debt. Maxwell dealers had 17,000 unsold Maxwells in 1920 and were hopelessly overstocked.

The following year, a beefed-up version of the Maxwell engine that developed 32 hp was developed and introduced as a new model, advertised as the “Good Maxwell”.

In 1923 Walter Percy Chrysler arrived. He took over Maxwell with definite ideas in mind.

By 1924 Chrysler had become president of the Maxwell-Chalmers organization. He introduced his new Chrysler in January, 1924. His idea was to build a truly modern car that would bear his name and not admit to any compromise in quality.

Maxwell lingered through 1925 when Chrysler formed his own company – Chrysler Corporation. The Maxwell line was phased out and company assets were absorbed by Chrysler.

Eclipsed, outsold and no longer economically feasible the veteran of the industry faded from public view. 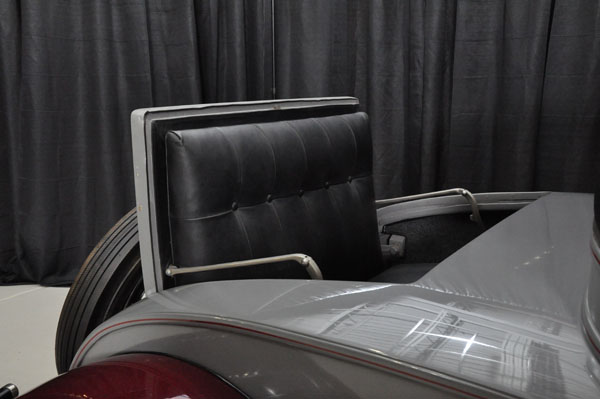 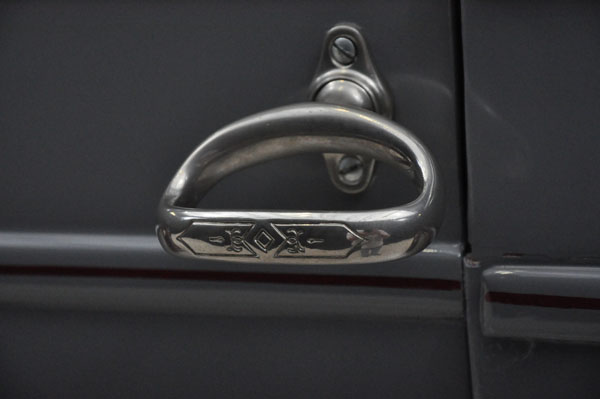 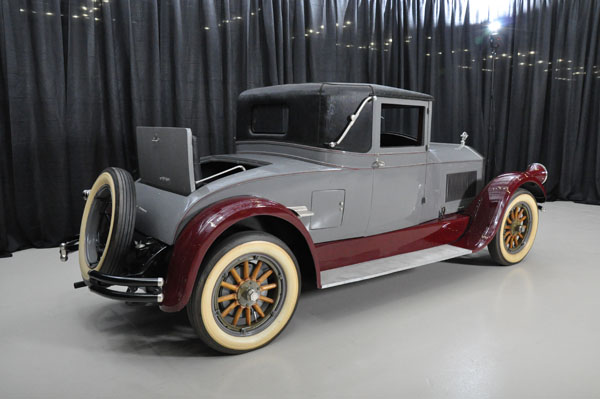 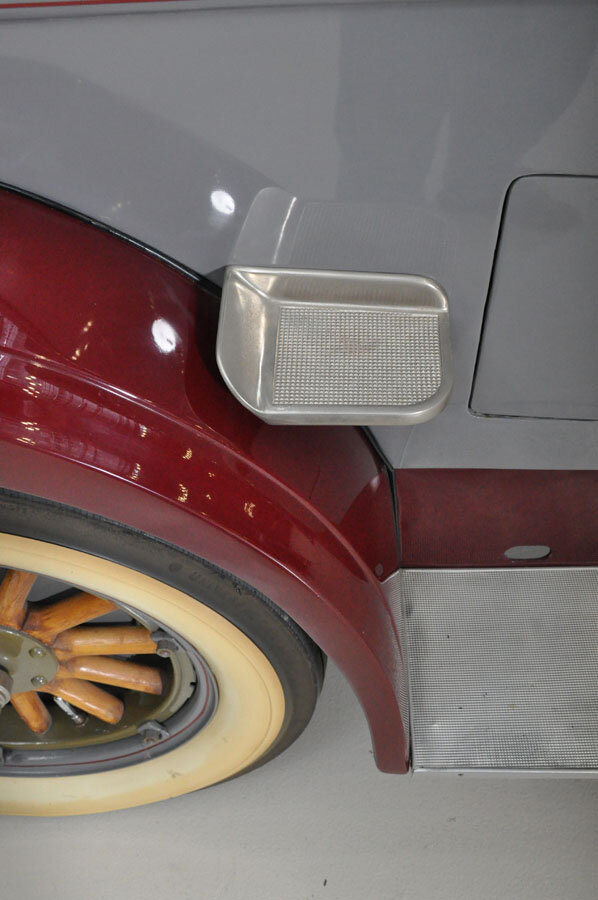 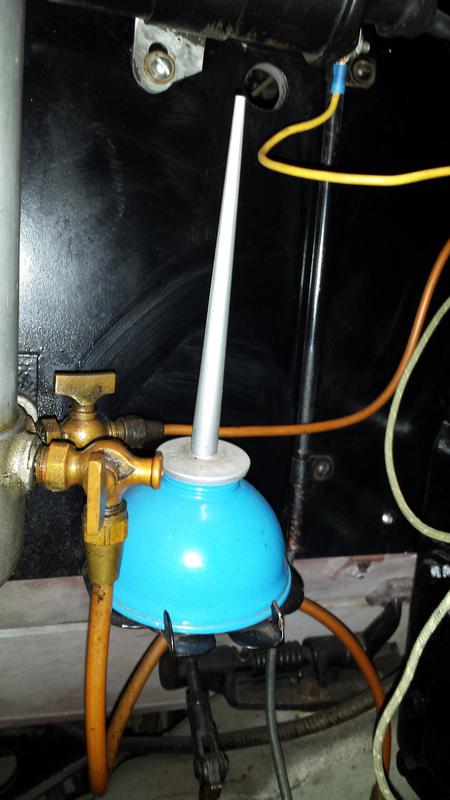 The smaller L-head Series 80 Pierce-Arrow engine was introduced in 1924 and lasted until 1927.

Four-wheel brakes with vacuum-powered booster were available in 1926.

The Model 80 was aimed at a wide audience of buyers who could afford its less expensive price. It was priced from $2,400 – $4,000 less than the larger, more stately Series 36.

Before becoming one of the most prestigious automobile makers in the U. S., the George N. Pierce Company made a variety of household items including birdcages and ice boxes. By 1905, the company was producing some of the biggest and most expensive automobiles available.

The Glidden Trophy was first awarded in 1905 and won by Percy Pierce, driving a Great Arrow. The Glidden Tour was an endurance run with the most roadworthy car winning the trophy – which Percy Pierce did for the next four years.

The Pierce Company brought out its first six cylinder car in 1907. It had a 135 inch wheelbase, weighed over 4,000 lbs., and cost between $6,500.00 – 7,750.00. No doubt, it was aimed at a very wealthy market. These were good years for Pierce, with the reputation gained from the Glidden Tour and other awards, it was able to sell an entire year’s production before the year began.

After a long history of producing luxury cars, the company went out of business in 1938. 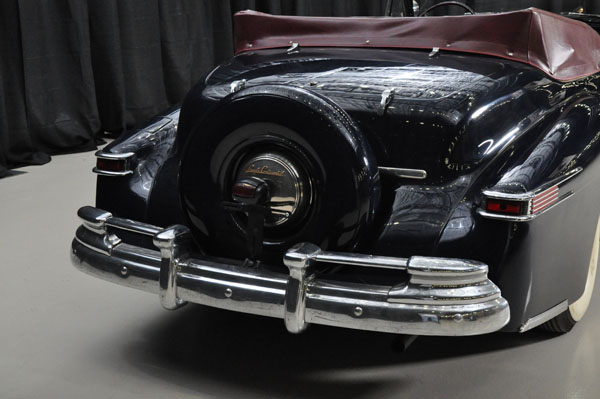 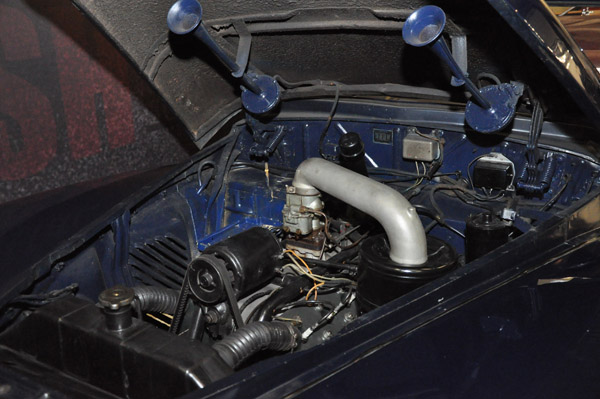 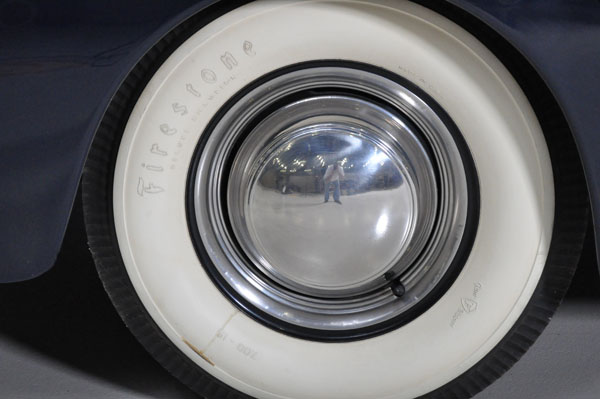 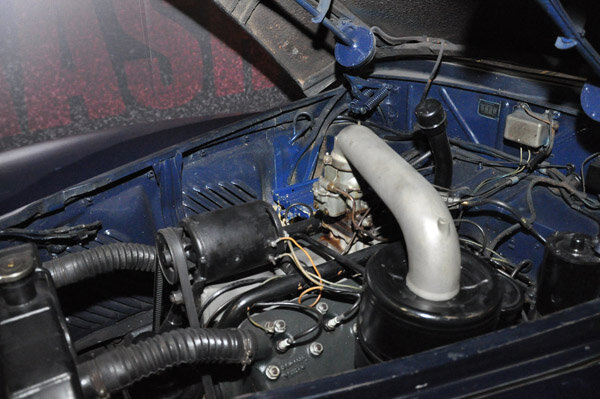 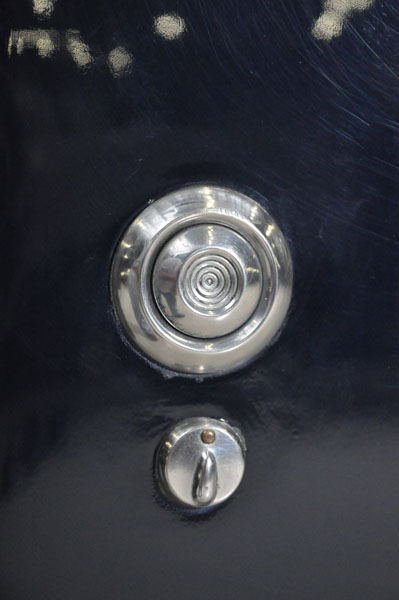 The Lincoln Continental was introduced in 1940, just prior to the onset of World War II. The Lincoln marque had weathered the Depression and, after World War II, Lincoln was determined to signal they were going to compete seriously in the luxury car segment.

The 1947 design was modern, elegant, and slightly European with a long hood concealing the 12-cylinder engine. It was a product of Edsel Ford’s instinct and talent. Henry Ford demanded mechanical durability through simplicity but Edsel Ford knew that great design made great cars.  It was designed by Ford’s stylist Bob Gregorie.

Interiors were lavishly appointed with with many amenities offered as standard equipment. Options included a radio, heater, and whitewall tires.

The exteriors had little trim or chrome to keep the cars simple, relying instead on the beauty of the styling to attract attention rather than the “bright pieces” . Rear fenders featured skirts over the rear wheels and the design was extended to the rear of the car.

The covered spare tire on the trunk came as an afterthought. As production neared, designers discovered there wasn’t adequate room in the trunk for a spare tire and decided to incorporate it into the outside of the trunk. This would become the signature design for Continentals and was continued until 1948.

Sales of Lincoln Continentals hit 1,569 vehicles in 1947, the best ever. They were available in only two body styles, coupe or convertible.

The last V-12 engined car to be produced and sold by a U. S. automaker was the 1948 Lincoln. The 1946 – 1948 Lincoln Continentals were the first post-war cars to be included in the Classic Car Club of America’s roster of Full Classics, an indication of their quality and trend-setting design. 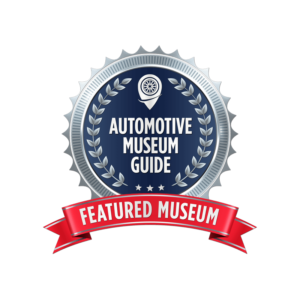